It’s an early learned behaviour of children to give hugs to parents, siblings, friends and even their favourite toys as a way to show love and affection. As such, we equally search for ways to show our four-legged friends how much we love them, but seemingly hugging should not be one of them. The truth is, dogs do not appreciate your warm hugs…but why?

Within the dog world, there is an abundance of behaviours shared between canine parties, including face smelling, rump smelling, tail wagging, licking, but importantly, there is
never hugging. Dogs have particular methods of greeting, none of which involve having a foreleg over the shoulder of each other. In actuality, the closest approximation dogs have to hugs as we know it actually means something other than friendship. Dogs standing over each other relates to some form of social status and competition for resources, so hugs are considered a form of power manipulation and control.

Despite hugs being associated with play and not necessarily something aggressive, a hug can be regarded by dog behaviourists as a very assertive, controlling behaviour. It follows suit that many owners and people are most commonly bitten in relation to the benign interactions such as petting, hugging or bending over the dog.

Dogs may manifest their dislike about being hugged in various ways, including subtle uneasiness by licking its lips or turning its head away. Some signs may be quite evident such as growling or seeking to escape. It is an innate response triggered by the dog’s self defense system, where they automatically become alarmed and enter into their ”fight or flight mode”, forcing them to react aggressively by giving a warning growl or a straightforward bite because of the restraining nature of a hug.

The reason behind the inherent dislike of human hugging by our dogs lies in the idea that humans and primates appreciate ventral to ventral or chest to chest contact, sub-consciously associated with feelings of pleasure gained through nursing. Dogs do not have this sort of positive association so therefore do not by nature appreciate this form of contact. We wrap our arms around another’s shoulders as a sign of affection but in the dog world, a leg over the shoulder is a sign of dominance or assertiveness. Therefore, when we try to hug a new or unknown dog, it is understandable that they may misinterpret that gesture as threatening and will either run away, submit, or return the challenge.

Have you noticed this reaction in your dog? 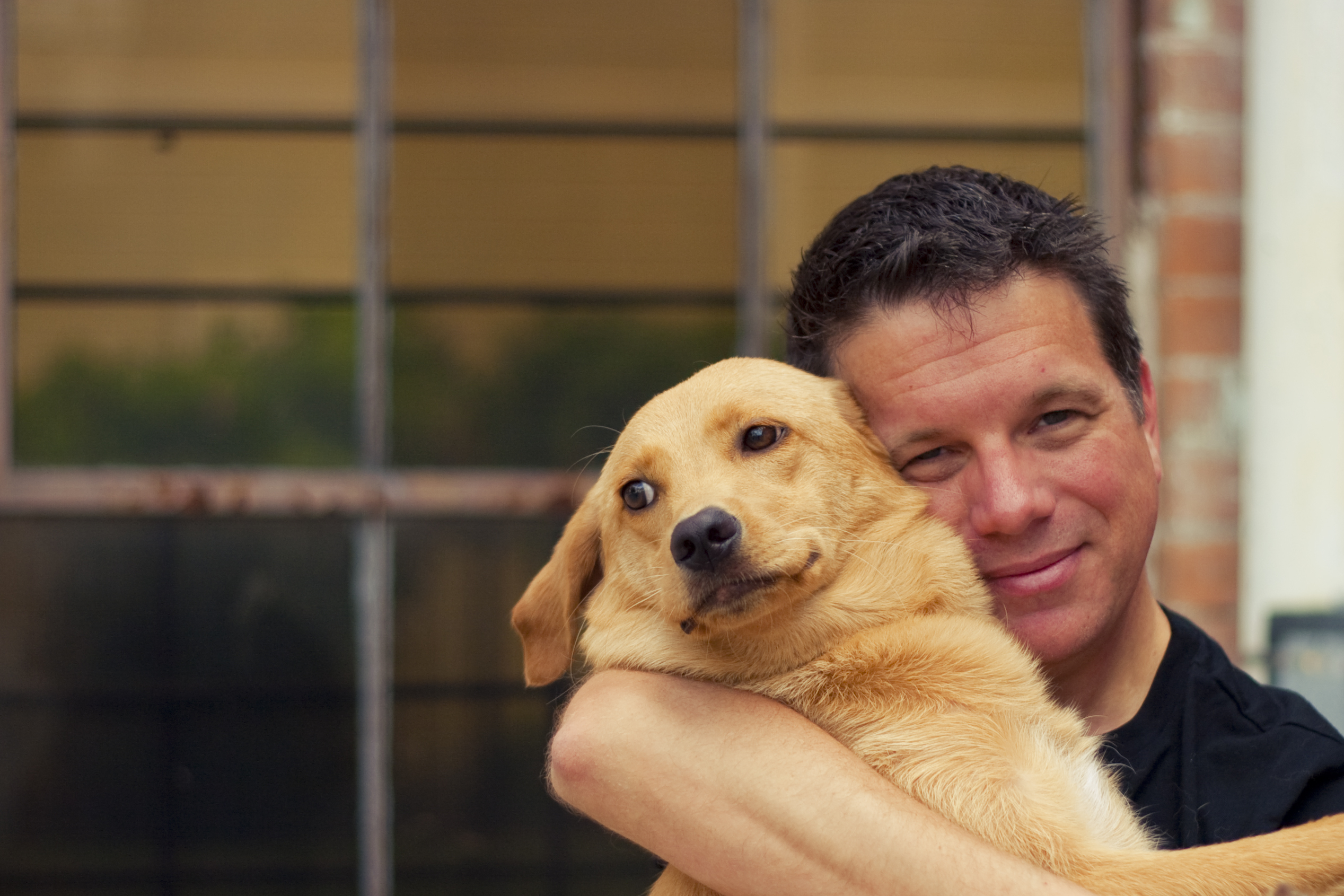 How to teach your dog to stop barking...