What To Do If Your Dog Eats Your Cat’s Litter

Out of all things to eat, why the kitty litter? Why?!

The act of dogs eating faeces from cat litter is known as coprophagia. It’s not known exactly why it occurs, but coprophagia is a normal behavior in many species, including dogs and especially in puppies.

Luckily most dogs grow out of this habit. Coprophagia is also normal in nursing mothers. Puppies are not able to eliminate on their own until they’re about three weeks old, so a mother dog will lick her very young puppies to activate the defecation reflex. Ingestion of the puppies’ faeces also keeps the nest clean. Faeces left in the nest would cause poor hygiene and attract predators.

However there are some dogs that continue to eat faeces from a cat’s litter box as adults. Some of these dogs are highly motivated and the behavior seems to become compulsive. Some dogs even follow others around, waiting until they defecate so that they can eat the feces right away. Despite much hypothesizing about nutritional deficiencies, there is no apparent reason for this strange behavior. Some suggest that dogs are more likely to develop this behavior if they live in an impoverished environment. In fact, dogs left for long periods in an area with droppings will often play with the feces by tossing them in the air. This behaviour can contribute to the development of coprophagia.

Resolving coprophagia can be challenging. Attempts to discourage any type of contact with faeces are bound to fail because sniffing feces is such a fundamental investigative behavior in dogs. If the behavior has developed into a compulsive disorder, in addition to avoiding access to the litter box or discouraging ingestion, it’s important to provide environmental changes, such as new toys and games to play like fetch and tug as well as adequate physical exercise.

If you find that these tips don’t help, talk to your vet for a medical approach. They may suggest a behavioural specialist to work with you and your pets. 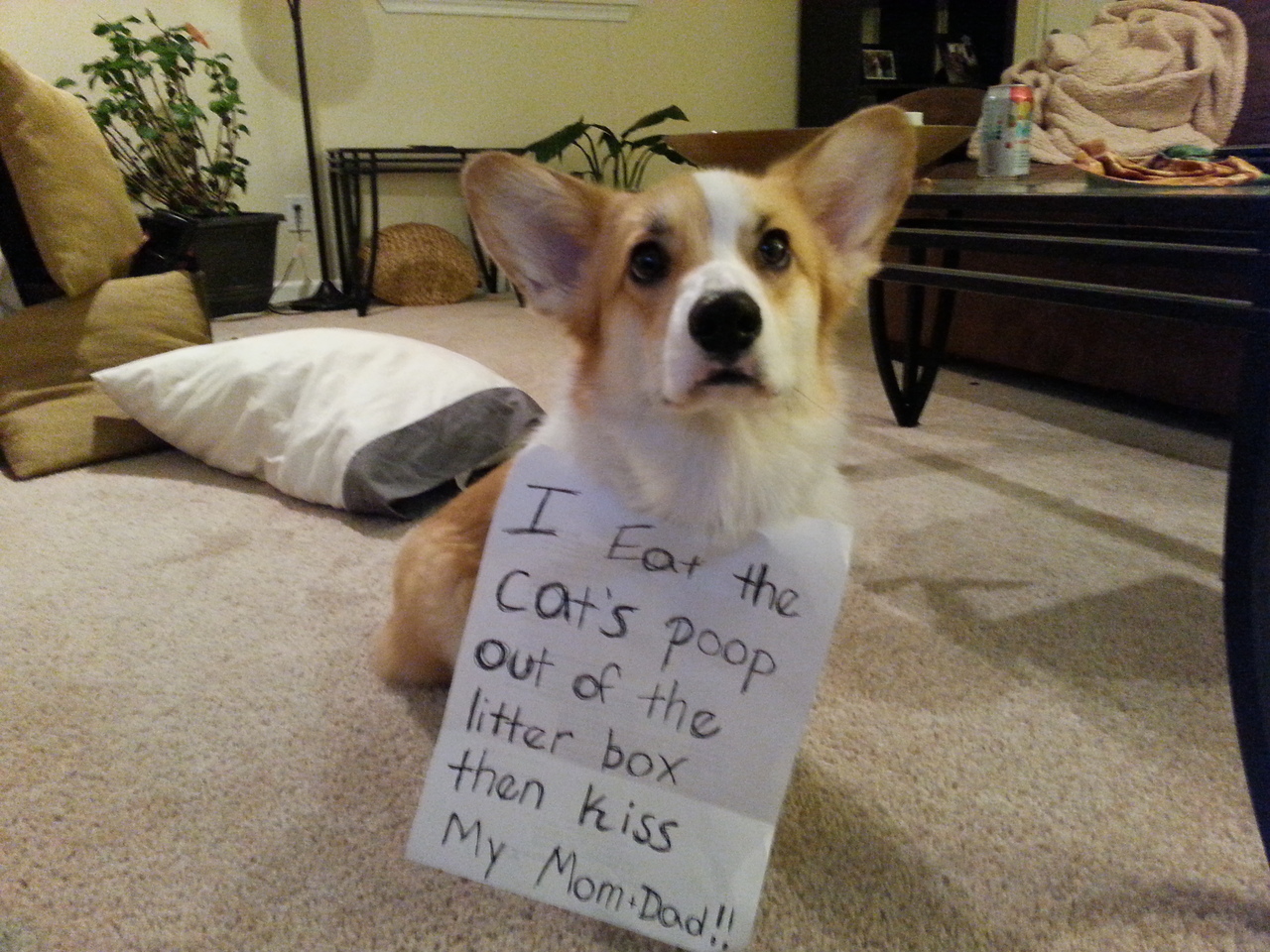